This couple has upsized the old maxim of buying the worst house in the best street to farm level. 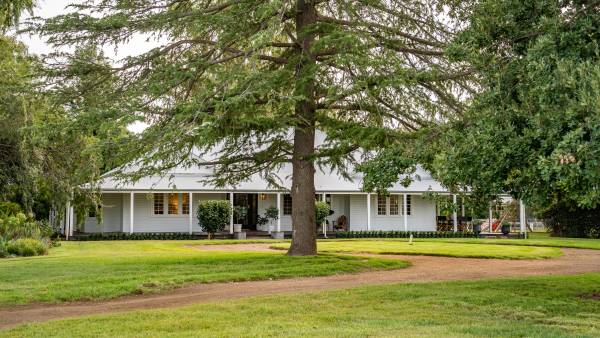 You'd never know it now but, searching for their dream property five years ago, Peter and Samantha Grant were confronted by thistles taller than their tractor, a dilapidated house and collapsed centre pivots.

It sounds like a farming nightmare but it was exactly what the couple was looking for.

Young, ambitious and incredibly hard working, the Grants have upsized the old maxim of buying the worst house in the best street to farm level.

They're farm flippers whose formula is to find tired properties with potential, breathe new life into them over three to five years, then sell when the time is right.

Their latest project, the 470-hectare Nerreman Aggregation near Forbes, is up for sale now.

The stately white four-bedroom homestead with its gracious proportions and luxury finishes had been on the verge of demolition.

"At first, it looked like something you'd bulldoze rather than rebuilding but the history in the old place is just fantastic," Mr Grant said.

"Nearly 100 years of family and life run through these hallways and you can see that on the floor."

Peeling back layers, the couple discovered old horsehair plaster walls and cypress framing, moved in and set about renovations. Most would have been daunted by the scale of the project.

"I had girlfriends that would come over to visit me and they'd say, 'Can you take me to the toilet? I'm petrified of your house'," Ms Grant said.

"There were holes in the wall and holes in the floor that anything could come up; I'd have to lock Dolcie in her bedroom at night because I'd be worried about snakes.

"It was a nightmare but, looking at the house now, you'd wonder how it was ever like that."

The farm got an overhaul of equally epic proportions.

The Grants had to bulldoze thistles as high as the tractor cab with trunks the diameter of a bread and butter plate, just to find the fence lines.

Still, the farm had potential with water and great soils. Nerreman has 158-megalitre irrigation licences as well as an 80-megalitre dam.

There was a small hurdle though. The pivots were unusable and the then 28 and 35-year-olds didn't have any money to spare for replacements.

"We had just enough money to purchase the property but then we were scratching to get enough together just to buy the seed and a tractor to be able to sow the place and get it cleaned up again," Mr Grant said.

Instead, they put Mr Grant's skills honed as a former farrier to great use and, over months, rebuilt the pivots themselves.

"All-nighters were, unfortunately, pretty common, it was just let's try and get this finished," he said.

If this wasn't enough, the couple who had a very laid-back tot who seemed to enjoy sleeping in the tractor, added a new baby to the mix.

The next twist in the Grant's farm building journey came from Mother Nature in the form of drought.

Perversely, it turned out to be a blessing.

The couple is not afraid of debt but they do weigh the risk of every move they make and look for properties that have that 'something extra' to help insulate them from catastrophe.

Top of the list, and one of the things that drew them to Nerreman, is water.

"The price of hay went to $600 a tonne and we were able to just keep pumping and pumping because we had a 100 per cent allocation while nobody had anything through nearly the whole of Australia," Ms Grant said.

"If it wasn't for that and prices had stayed around $300, buying the property next door wouldn't have been possible."

Directly across the road from the original Nerreman property, Otisa was added to the holding in 2018.

It had fantastic soils, and the remnants of an irrigation system that hadn't been used for 10 years.

Extensive earthworks, laser levelling and an extension of Nerreman's bore pipeline now has that property in near full irrigation production.

Popcorn has become the core of the business in recent seasons.

Cereal winter crops are complemented with 50 Angus breeders and 100-150 dairy bull calves at a time.

Citrus trees were added to the program in 2020. The Grants have planted 1000 seedless Cara Cara navels and another thousand Tango Mandarins as a trial, watered by subsurface drip irrigation with a fully automated backflush filter system.

Both Mr and Ms Grant say they will be sorry to leave the farm that rewarded them so handsomely for their tireless work but the time is right to move on.

They have built what they describe as a differentiated farm business.

"Someone can come in here tomorrow in the most severe drought Australia's ever had, and they'll grow whopping crop of lucerne, corn or anything else and the market will be at $1000 a tonne and you can instantly make money," Ms Grant said.

"It's really safe, there's no flooding, no fires, no hail and you're drought-proof."

Were they tempted to put down roots for their young family?

"I love my cattle, I might just keep myself busy with cattle up on a big block and Pete can keep being a fly-in/fly-out developer somewhere, I can see Peter doing that into his old age."

The Nerreman Aggregation will be auctioned on May 26. Contact Nutrien Harcourts agent Ainslie O'Toole on 0407 946 838.

Love agricultural news? Sign up to our free daily newsletter and start your day with all the latest in ag. 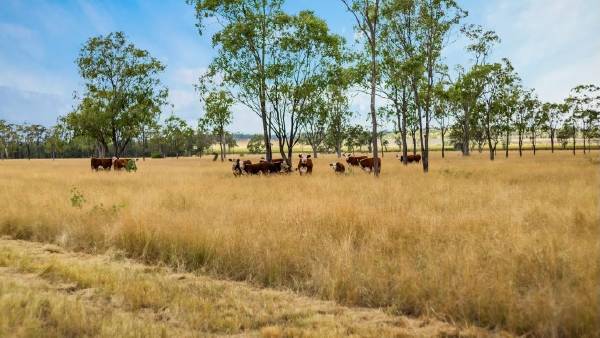 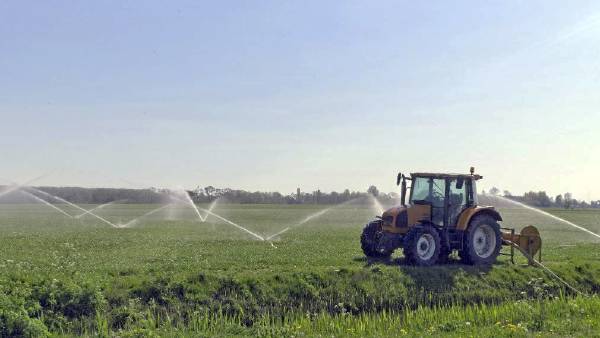 Out of sight is out of mind for groundwater 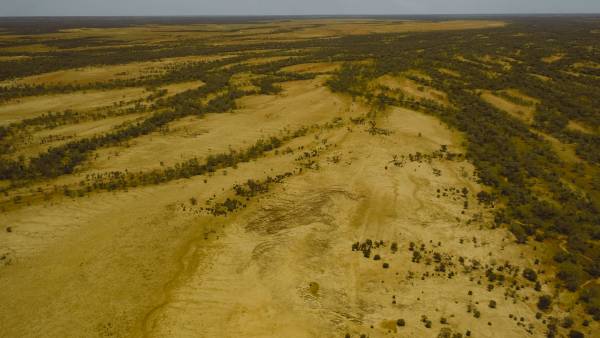 Winton cattle country on the market